Home Air Taxi, UAM/AAM Lilium Says Its Electric Aircraft Has Pulled Off The Key Maneuver In... 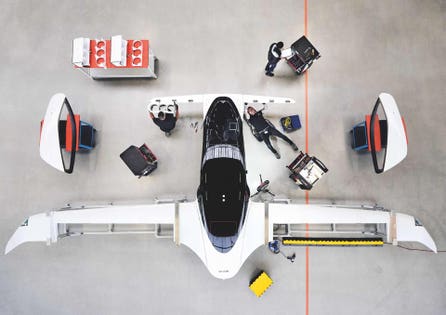 Lilium Says Its Electric Aircraft Has Pulled Off The Key Maneuver In Its Ambitious Design
The German startup says it’s hit a key milestone in flight testing its electric tiltrotor: taking off and landing vertically, then transitioning to forward flight. Video its released doesn’t seem to fully support the claim.

Flying taxis will be here sooner than you think

Archer Moves Toward Certification with G-1 Issue Paper from FAA

Los Angeles wants flying taxis in the next three years

Gauging the certainty of lithium batteries amid the rise of EVs